Over 40 investors have injected a total of 10.2 million DKK into the sharing service, LetsGo. The money comes from the investor networks Keystones, Danish Business Angels, the Danish Green Investment Fund and a number of employees. Bjarke Fonnesbech, CEO of LetsGo, expects that by 2025 the organisation will have twice as many members as today.

LetsGo is Denmark’s largest car-sharing scheme with a fixed stamp load. The fleet consists of 320 cars and the membership is 4,700 distributed in Copenhagen, Odense, Aarhus and Roskilde. In addition, LetsGo Fleet Systems, which targets car-sharing operators, off. institutions and companies.

With a history dating back to the founding of Copenhagen Shared Cars in 2004 and a merger with Aarhus Shared Car Club in 2007, the concept has also proven that shared cars are not a temporary fad. For many years there has been a fundamental need and interest, which has only been further strengthened by consumers’ increasing focus on the environment and the climate challenge.

Started as a non-profit organisation

“We can see that there is so much focus on the area and the development is very fast. This is a development that we want to help shape. That’s when we realised that if we were to do that, we would need additional capital,” says LetsGo CEO Bjarke Fonnesbech about the decision to move from being a non-profit organisation to being a bottom-line growth company.

Broad support from both private and public investors

LetsGo has therefore raised DKK 3.4 million from 27 investors at Keystones and DanBAN. In addition, 14 LetsGo employees have invested DKK 0.8 million. Thus, investors own 13 per cent. The LetsGo car-sharing fund will remain the majority shareholder with 87%. A loan of DKK 6 million from the Danish Green Investment Fund is part of the total capital injection, and next year crowdfunding will also be used to some extent so that members of LetsGo can be part of the growth journey.

The parking space is important

Car-sharing schemes also exist in many other countries, but LetsGo differs from most by having fixed parking spaces attached. Unlike most other schemes, where cars can be dropped off at different locations – called free-floating car-sharing. Studies of car-sharing schemes in various countries, including Denmark, generally show that free-floating schemes do not actually lead to fewer cars on the roads. But it’s apparently different when a parking space is attached.

“Getting rid of the car is a very important parameter, especially in Copenhagen. Our research shows that for every one of our cars, 7 private cars are made redundant. 40% of our members say that if our scheme wasn’t available, they would buy their own car.”

LetsGo is not for car commuters but people with more sporadic car needs. It is a popular solution for people in big cities, especially Copenhagen, who cover their daily travel needs by bike and public transport. 85% cycle daily, 13% use public transport and only 1% own a car.

And its members, who include many families with children, are satisfied, according to surveys LetsGo conducts regularly.

“Members are satisfied with the access to cars and rarely experience that they can’t get a car when they need it,” says Bjarke Fonnesbech, who expects LetsGo to have double the number of members in 2025.

Lead Investor Casper Algren: “There is a big political wind in the sails of car sharing”

Casper Algren is Lead Investor on the project for Keystones’ investors and has also joined LetsGo’s Board of Directors as a representative of the investors. He has high expectations for the development in the coming years.

“Car-sharing schemes like this have a sustainable impact. While Green Mobility and others with similar concepts based on driving from A to B are more competitors to taxi driving, studies show that this type with associated fixed parking can remove 5-10 cars from the roads – LetsGo itself estimates 7,” says Casper Algren.

And then there is the growth potential. All analyses suggest that the car-sharing market will grow by over 20%. annually for the next seven years. So if LetsGo just follows the market trend, the underlying growth is quite exceptional, Casper Algren points out.

Another important element is political support. Traffic jams and a chronic shortage of parking spaces are a well-known problem in Copenhagen. Census data from the Municipality of Copenhagen shows that many places have an occupancy rate above 100. According to DR (11 Nov. 2021), Copenhageners own a total of 138,666 cars, while there are only 125,000 municipal parking spaces available, which commuters and visitors from other municipalities also use. With car-sharing schemes, politicians see an obvious opportunity to take cars off the road without stepping on toes.

“There is a big political wind in favour of car-sharing, especially in Copenhagen. 900 parking spaces for car sharing are foreseen by 2022. In addition, the government has allocated DKK 100 million to promote car sharing in the infrastructure plan. So there’s plenty of political wind in the sails, a market that’s growing strongly, and there’s a great sustainability story. These are the three things I want to highlight,” says Casper Algren. 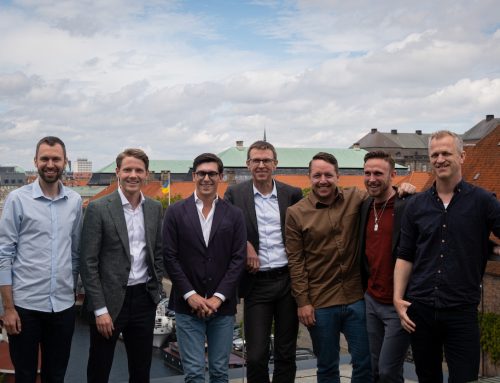 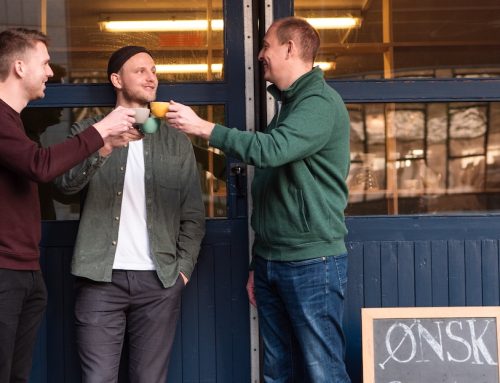 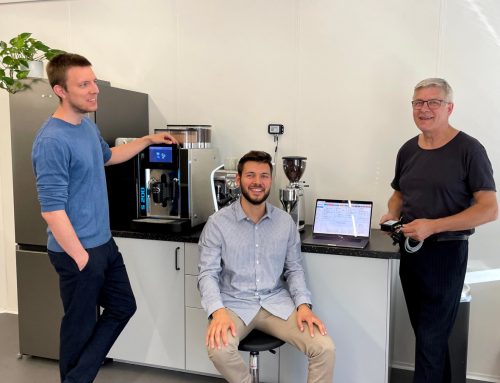